People tend to answer their birth month as their favorite month, but not for me. I’m never really sure when. But after 3 years in here and experience change of the seasons, I am pretty sure that October is my most favorite month after all – of course, Autumn will be my favorite season. It’s funny how fall could bring so much happiness (more than springtime). Shouldn’t we feel sad because of the loss? Instead the disappearance of chlorophyll made such a most beautiful nature fiesta, especially here in New England region. Though I didn’t make any trip further than to some nearest cities in Massachusetts and Rhode Island, every where I see in my neighborhood, all those pretty colors of red, yellow, orange, purple, my heart beats a little bit faster. 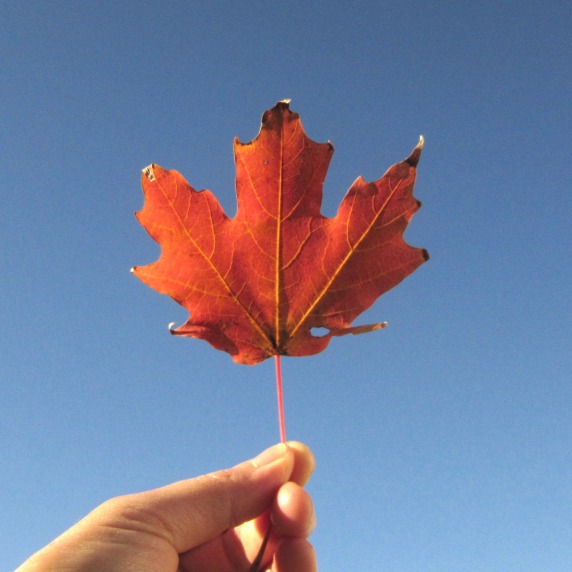 And you know what… I usually always be this kind of person who keep complaining about the weather. How terrible it was yesterday. How come it will be raining again on weekend. How the wind so crazy today. How humid it is right now. How terrible the snow was. But, this past week, I found myself being OKAY with the weather ; because it’s been a perfect autumn week that I could ever wish.  Totally perfect with the range of 14-18 C, sometimes higher than that but still okay. Oh, the crisp air, I just love the freezingcoldness-without-the-jacket sensation, and also whenever I see the wind shook the trees and the leaves pouring down with slow motion pace to the ground… it blew my mind away. Not only me, Azka and Khalif seem to enjoying this season of more afternoon bike or morning walk

Anyhow, after 1.5 month not updating this blog, I kinda miss blogging… , I mean writing, r e a l l y. I posted daily on Instagram and Path (just 2 maximum posts per day, not trying to be banci socmed here),  but seriously, why it’s very hard to spend sometime just sit down and blogging (writing)? I know that blogging will never been my priority, but what can I say.. I think it’s the only activity that allow me to write more than 140 characters and not to have worried whether I harm other people’s timeline because of my gibberish thoughts.. Right? :p Nah, I need this blog because it’s the only source that I can really keep track of my life and my kids milestones. As wrong as it sounds, but I hardly ever jot down in anywhere else – what me and my family been up to other than in this blog. So yeah, let’s just continue the good habit. Shall we?

So, what’s new with the kids?

Being in his new routine, Azka started to enjoy his class at school. He always seems enthusiastic to embrace Monday and Tuesday morning. I’m so proud of this. His speech progress also very good, his English vocabularies and sentences are shaping really well (sometimes he went home with new American expression that I never showed him before, like “Oh my gosh!” kinda thing), and of course his Bahasa Indonesia and little Sundanese are progressing well too.

His current favorite song is: Pidi Baiq’s “Budak Baheula” (ode to papa Ara -even  I hate it very much, but it’s fun to see the boys are always thrilled whenever they hear the song). Also, with that song, Padi’s “Tak Hanya Diam” and Bondan and Black to Fade’s  “Ya Sudahlah” songs that had been repeated 360000x and became our spring – summer national anthem is finally OVER. THANK GOODNESS.

His favorite cartoon are Bob the Builder and Chuggington ( I LOVE IT to pieces when he sang the full theme song..!). His favorite book’s author is Richard Scarry and Jon Klassen. He wanted me to read “Where the Wild Things Are” 3x a day when we borrow that book from Temple Landing’s library. Still love trucks and fire trucks though he plays to build his railroad tracks all the time now . He still looked very tiny for his age… he’s more like 2 y.o than a  3 y.o. His appetite is very good though..! He can eat 3 apples a day (he really LOVE apples), banana with avocado, and strawberry and grapes always his favorite ones. He likes all the healthy food I gave him, except vegetable. So we made our freshly pressed juice once in a week or green smoothies two or three times a week. Just to make sure he got some carrots and green-leafy vegetables. Sometimes I give him some treats too like:  M&M, marshmallow, chips, and chocolate chips. Tortilla + egg + cheese + avocado is his fav lunch – along with salmon rice and kerupuk.

Azka likes to made up names, especially for me. He called me: kumbaya, kupechang, popsicle, jumble jaz, chimps, ….haha, I love it all. But one day, he called me “Hi, my sister!!”. I was like….WHAATTTT.

Humm, what else? Ah, I want to expose Azka with good music and musical instrument. I’m thinking either buying a little guitar or  a piano (because papa also need to practice his fingers). But Azka wants to play trumpet.. That’s what he fond of. I don’t know yet, but maybe I will buy it for him for his 4th bday? (I still prefer piano though).

This one is my concern. Last week, we got our friends come for stay; Angke, Igun and Rakeem. At that time, I could see how Azka behave – some of it I could not really tolerate. I felt like a bad mother after..  I don’t know whether it’s probably ‘normal’ for a 3 y.o to act like that… But still, I can’t deal with it; when he got his tantrum in the Southwick Zoo, because he still want to play with the trucks on the sand box, when he ate leaves on the road because he was tired, when he’s yelling and screaming and hitting and pushing and bitting me or Khalif or Papa, when he’s no longer say “Tolong” or “Terima kasih” or “Permisi” when he wanted or got something, when he didn’t want to hear what I’m saying, when he is not aware of his surrounding while riding or walking on the street – it’s driving me crazy, I’m scared if he got hit by something x(((., when he pretend that he didn’t hear what I’m saying while he’s watching TV or YouTube. It’s just make me sad… Really. Because I know Azka, at once he could be very very sweet and gentle. He kissed all of us before nightime. He is the one who says I love you very often. He hugged and excitedly greet Khalif when he just woke up or when seeing Khalif stand by at the door at dismissal time. He who always say ‘Terima kasih Ibu”, “Sama-sama”, and “Maaf” when he’s not doing something right. So… it’s just made me sad when he did something that I think, is not ‘right’ – though other moms say “It is normal for his age”. I hope I can get thorough this stage with lots of patience. Wish me luck…!!

Khalif is still Khalif. He’s still the one who teased three of us with his famous tiger nails. It hurts really, and it got me bleeding one time – and today he upset Papa because he repeatedly scratch papa’s knee. D’oh, but maybe it’s because I’m lazy to cut his nails. Ups. Khalif is still the one who avoid conflict.. If he found his brother play with one toy and bored with it, he would gladly pick it up and play as he wish. He likes to read books very religiously. Sometimes he handed the book to me as if want me to read it for him.

Khalif could already walk well, though if we go outside, I could see him easy to tumble down.. So maybe not sturdy enough. He likes to ride his trike. Likes to pick up sticks and leaves and any object he found with rough textures. He enjoys music and likes to dance (a cute one!). He is on his stacking phase – I love seeing him stacking blocks or any objects. He is a persistence baby.

Right now, he still couldn’t make any sound rather than Baaabbaaa. He said bubble bath “bbaabbaa baaa”, he wants to eat “baaaa”, he called papa “BABAAAH”, he called Aa ” AAAA….AAAAAA”. He is going to 17 months this November – by his age, I think he should already say at least 7 words. Last week, I got referal from Khalif’s pediatrician for an early intervention for him. So, I expected the Schwartz Center from Dartmouth to come and evaluate Khalif cognitive and speech next week. If he’s eligible because of the speech “delay”, he will got a tutor for a homevisit and also a playgroup in the Center with transportation included. I  hope he will be eligible, it would make a good activity for him and good resource too….! 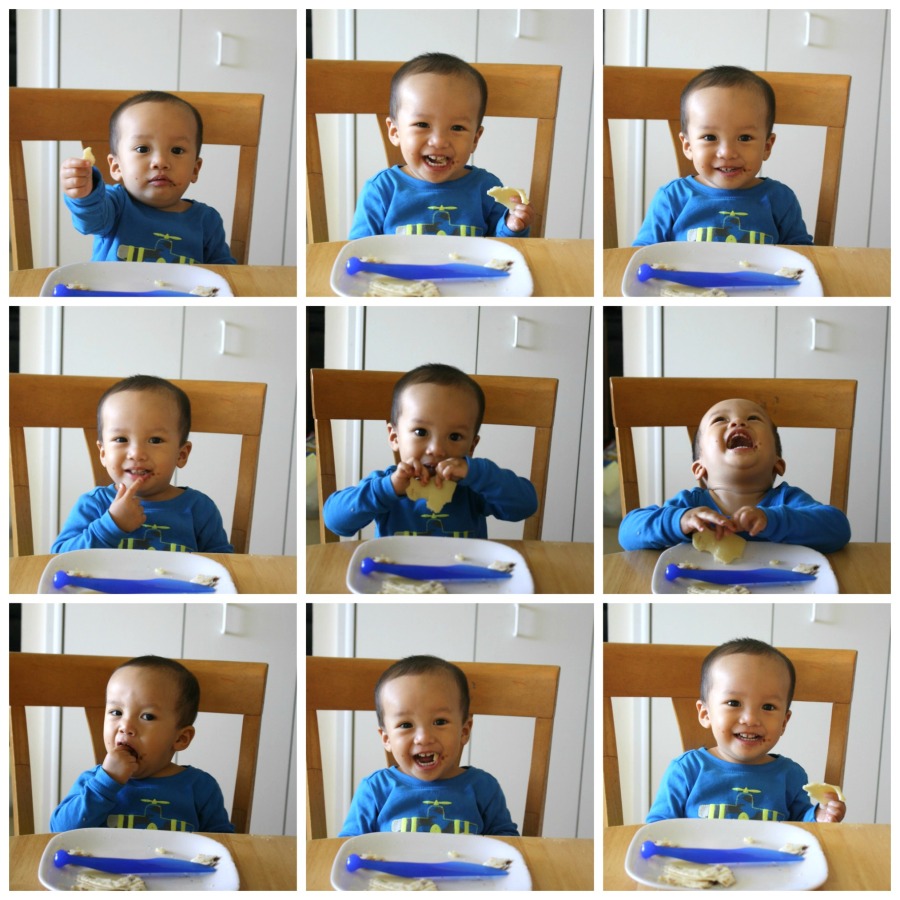 Khalif  likes to eat anything….I mean anything. It’s good, that I don’t have much difficulties to feed him. sometimes he did the GTM (gerakan tutup mulut), but only for a while. After that he eat whatever I serve on the table. Meaning all the good foods; green smoothies, juices, avocado, carrots, broccoli, tofu,  tempe and of course, kerupuk…!

Well… I guess that’s the update for the kids. As for me, I’m back to Clemente this semester – dealing with literature and philosophy..! YIKES but FUN! Haha. Papa Ara is super duper busy with papers, research, and his teaching assistant job. So, I guess we have not so many days off – but I try to make the most of this season for outdoor activities before it’s getting too cold for ones.

Have a very nice rest of the autumn all…!

2 thoughts on “….And It’s Almost the End of October”

Thank you for coming..!